What is a “Drone”? — A drone is a term used by the media, to describe a remotely piloted aircraft also known as an unmanned aircraft system or “UAS.” These aircraft can be either a ‘Fixed-wing’ or ‘Multi-Rotor’ type aircraft. The word drone comes from the 1970’s when the military used to make radio controlled airplanes for target and practice shooting. In an attempt to better describe what we do, we prefer a more descriptive term—Unmanned Aircraft System or “UAS.”

What is the Fairmount Fire Department mission for Unmanned Aircraft Use?

—The Fairmount Aerial Support Team (FAST) will leverage unmanned aircraft technology for increased situational awareness, and by doing so increase the safety and effectiveness of our First Responders, especially during emergency events.

How do they work?

— Unmanned aircraft use an autopilot that flies the aircraft while the operator on the ground uploads navigational information. The autopilot maintains stable flight using micro sized sensors, primarily developed for use in Smartphones. Our aircraft are powered by batteries (LIPO – lithium polymer). These systems are also brightly colored (Emergency Orange) and include Strobe lights for high visibility.

How many UAVs do you have?

— One system currently. Our first aircraft is a DJI Mavic Pro quadcopter and weighs about two pounds. 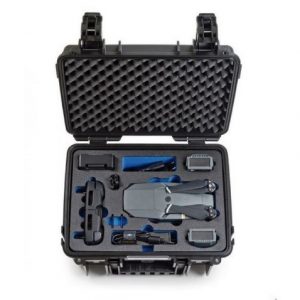 What kinds of UAS are available to Fire Departments?

— There are many types, both rotor-wing and fixed-wing versions. But in reality, the type used by the military are not practical for emergency response purposes, and are also cost prohibitive. Our agency is using UAS in place of manned aviation when appropriate, because of cost. However, for certain missions manned aircraft remains the most practical option.

What restrictions are in place to protect citizen’s civil liberties and privacy concerns?

–– Historically, fire departments have had the ability to obtain an aerial view of an incident for many decades, with either a ladder truck or, if affordable, manned aircraft. As a result, case law has been established that guides our use and there is no effort here to use UAS to circumvent well established 4th Amendment protections. The technology in these civilian UAS systems are appropriately limited. For example, our equipment does not allow us to see through walls, listen to conversations, monitor cell phone, etc. Our unmanned systems are mission and incident driven only. Images collected with the use of this technology are handled and retained within industry and department standards, consistent with images collected with any camera by emergency incident personnel, and are subject to professional standards, codes of conduct, case law, and with the public trust in mind.

Can you legally fly over my backyard and do you need a warrant?

— Yes, we can legally fly our UAS over your backyard with the same guidelines used by manned aviation applying. When responding to an emergency incident FFPD will make every effort to NOT fly over private property. However, if the safety of our firefighters can be enhanced by these flights, we have taken the position as an agency to notify and seek consent, when possible, from the property owner, until case law specific to UAS can be established.

Do other Fire Departments have or use UAS too?

— The number of Fire Departments using UAS is growing. The official FAA release of Part 107 Remote Pilot regulations in August 2016 have cleared the way for many departments to legally use Unmanned Aircraft. Also, UAS technology is improving rapidly and the prices are dropping to reasonable levels, making this tool available to more departments with limited budgets.

How do we plan to use UAS?

— The predominant use is for improving situational awareness of the emergency incidents FFPD responds to. By doing this incident commanders can better assess the situation before putting firefighters at risk. This includes structure fire and wildfire incidents. As well as assisting in Search & Rescue (SAR) missions in our district. We also use UAS to facilitate building inspections in hard to reach or dangerous locations. And UAS video/photos enhance firefighter training by providing an aerial view of training evolutions, for review and technique improvement. 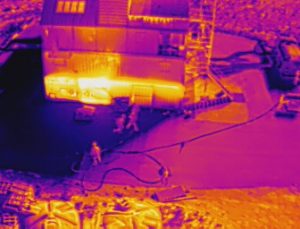 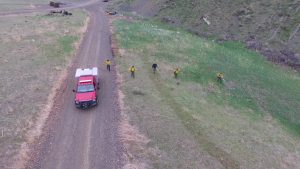 How often do we use UAS?

— Our first mission was in May of 2016 at FFPD’s wildland academy. Since then we’ve flown approximately 45 missions, not including training flights (primarily providing department training photography and aerial reconnaissance to wildfire operations in New Mexico). 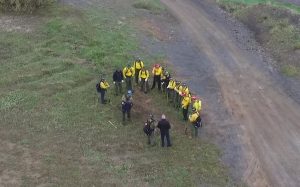 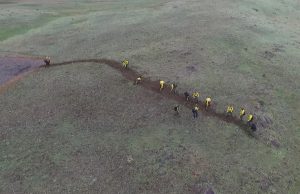 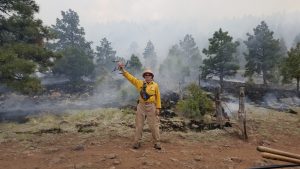 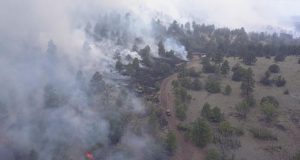 How much do they cost?

— We’ve spent less than $4000, on our entire program so far. To put the cost in relative terms, a single 800 MHz radio carried by our firefighters costs approximately $3500. Our first UAS system was less than this. There is an array of UAS choices on the market, and they grow each month. Prices vary widely depending on features. Specialized payload cameras such as FLIR-capable (infrared) are quite expensive, often more than the price of the UAS aircraft itself. FFPD will acquire UAS based on mission needs and budget. Actual operating cost(s), at this time are low for our agency, but in order to project long term operating cost to include replacement parts, batteries, etc., we have projected $20.00 an hour for operating cost (as a reasonable rate). In contrast, manned aviation can cost hundreds to thousands of dollars per hour. We feel this one fact is an important driver behind utilizing UAS.

Do your systems carry weapons?

— No, absolutely NOT. In our experience, and opinion, there is no use for weapons and UAS in civilian emergency response.

Can your UAVs be hacked with the controls taken over?

— No. The data that travels through the air is encrypted. In addition, safe guards are in place that if the technology fails, the aircraft slowly descends to the ground or returns to its launch site autonomously.

What is driving the use of UAS in Emergency Services?

— Thus far, UAS has demonstrated to be a practical, cost effective alternative to manned aviation in many situations. The core mission that UAS perform is to provide a rapid aerial view of the unfolding emergency incident. Before the advent of UAS our only option was to hire manned aircraft (helicopters or fixed-wing) or deploy a Ladder Truck for a limited aerial view.  However, the primary driving factor is that these UAS systems cost us less than $20.00 per hour to operate as compared to $400.00 to $1,200.00 an hour for manned aviation. For example, when helicopters or fixed-wing aircraft respond to wildfires in our district, the cost is approximately $600/hour or more.

Do you have Policy and Procedures or other guidance documents you operate under?

— Yes, as is recommended with any tool used by emergency responders, use of a UAS is within the guidelines of a robust policy with supporting operational procedures.

What training do your pilots have?

— Our Pilot/operators have received training in the specific aircraft systems being flown by FFPD, and instruction from our experienced instructional staff. Additionally all FFPD pilots are FAA certificated under Part 107 Remote Pilot. Our operators also have a training schedule requiring them to maintain flight time and proficiency on our systems.

Do you have flight approval to operate UAS or is it required?

— Yes, FFPD is approved to fly in our district by virtue of our adherence to, and meeting the FAA standards of Part 107 Small Unmanned Aircraft regulations. FFPD’s district is in Class G airspace, and by following Part 107 regulations (flights no higher than 400 feet above the ground, no flying any closer than five miles to Rocky Mtn Metro Airport, to name a few) we are authorized to fly missions in our district.

What are the rules governing the use of unmanned systems in Fairmount’s District?

— To fly legally any First Responder agency in the United States must have their pilots certified under FAA Part 107 Remote Pilot regulations, or obtain an FAA Certificate of Authorization/Waiver (COA) for unmanned aircraft operations.

Can citizens buy their own unmanned aircraft system and fly them?

— Yes. In fact, as long as the use is for recreation the requirements are far less strict than for emergency response. The use of UAS for commercial operations requires acquisition of the FAA Part 107 Remote Pilot Certificate at a minimum.

Can the Fairmount Fire Protection District Office be hired by local residents to fly our system(s) for commercial use?

— No. This would be outside of our mission scope of flying UAS for emergency response, or in support of FFPD training and communications.